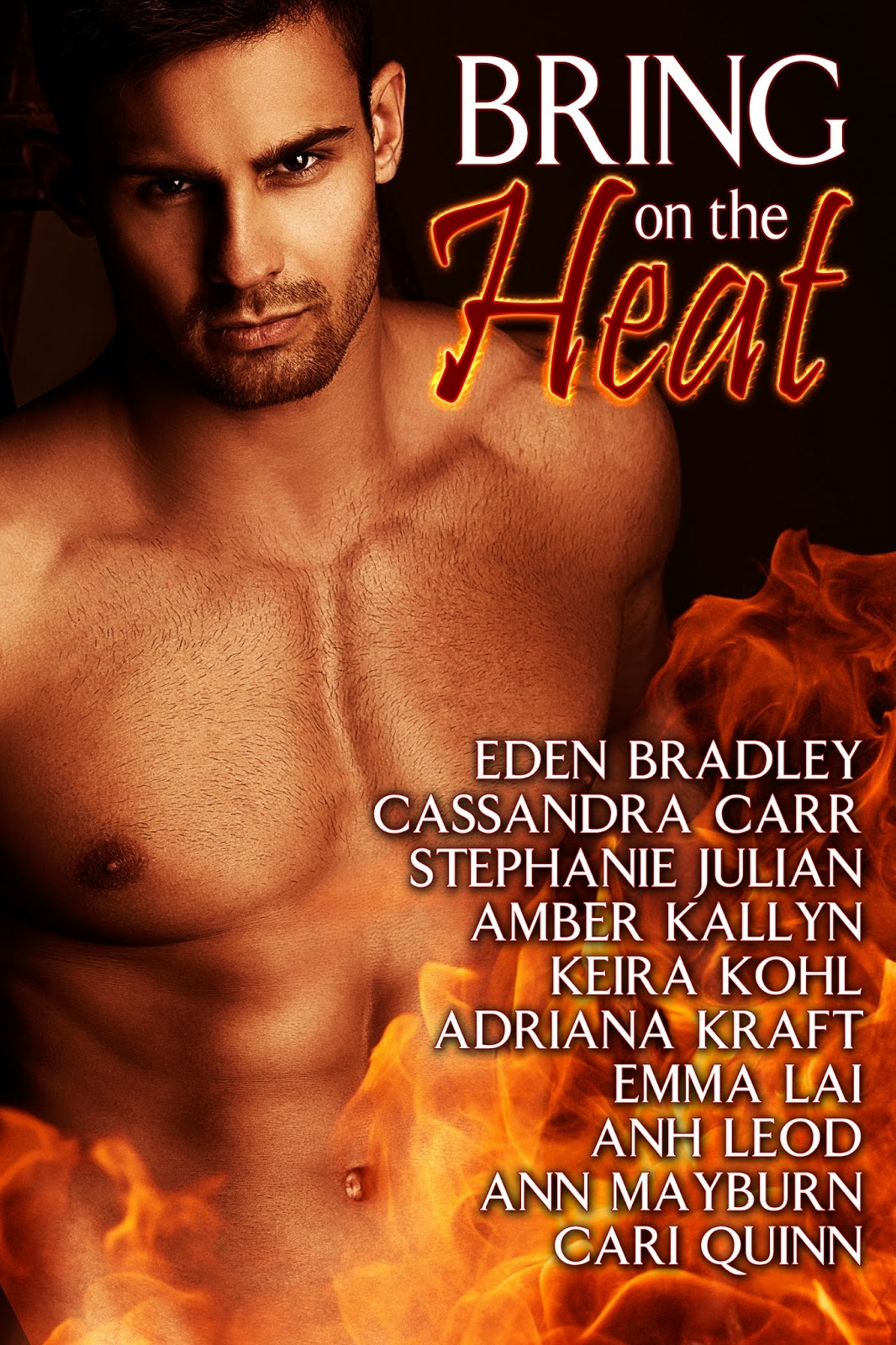 Breaking Skye by Eden Bradley:
When power play becomes more than just a game…BDSM. Submission. Spanking. Skye thought one night with the perfect Dominant might purge these dark desires from her system. But Adam has other ideas…and soon all he can think of is breaking Skye—and keeping her for himself.
Caught by Cassandra Carr:
Given a second chance, can a Dom overcome his fears and claim his one-true submissive forever? Callie left her Dominant, Jack, three years ago, believing he’d never love her. Yet when their paths cross, she agrees to submit to him and is drawn deep into Jack’s world once more. This time, Jack knows he needs to overcome his fears and claim Callie forever or lose everything.
An Indecent Proposition Parts I & II by Stephanie Julian:
One woman. Two men. Half a million dollars. One very indecent proposition…
Burned, Dragos Book 1 by Amber Kallyn:
What happens when a dragon falls in love with a fireman? Someone’s bound to get burned. When Calla, a dragon shifter, heads to a sleepy mountain town to investigate their arson outbreak, she doesn’t expect to find the dark dragon who killed her mother, or her destined mate.
Firefighter Scott O’Neil can’t fight their burning attraction, even after he finds out what she is, and the shocking secret of his own past.
Cherry Tune Up by Adriana Kraft:
A twenty three year old virgin, a dirt track racecar driver, and one very special assignment.
Laundry Day by Keira Kohl:
Who knew doing laundry could be so much fun?
Carmela Keyes runs an apartment complex with fun and sex games. Despite her curious nature she never partakes in the Keyes Manor Saturday night key parties. She’s got her sights set on Declan McLean to join her own private laundry day party. Clothing prohibited.
Riding Rodeo by Emma Lai:
Rodeo’s back in town and willing to do anything to convince Amanda to forgive him…including inviting another cowboy along for the ride.
The last person Amanda Goodson expected to walk into her bakery was Sean Cassidy, the bareback bronc rider who rode her hard one night and left without a good-bye the next day.
A nasty hang up ended Sean’s career and left him with nothing but time to contemplate his past sins–the most damning one being walking out on Amanda, the one woman he couldn’t forget once outside the bedroom.
Searching out Amanda to right the biggest mistake of his life, he finds he has competition. Never one to back down from a challenge, he offers to fulfill her fantasy of riding two cowboys. At the end of the night, will Amanda decide riding Rodeo is worth the risk to her heart?
Clockwork Captive by Anh Leod:
Rescuing his captive lover…Enslaved in a gentlemen’s club by a fiendish clockwork device, Liza knows she has few options…until the night she recognizes Brace. Though he has no idea they share a secret, he must possess her, and replace her scars with sexual healing. Rescuing the captive will make her his forever.
First Kiss by Ann Mayburn:
He’ll do anything to earn one more night with his reluctant Dominatrix. Ryan will never forgot that night in high school when he kissed Emma and lost his heart to her forever. Years later he finds Emma, but now she’s a pro-Domme that refuses to fall in love. Ryan begins a campaign to win her reluctant heart, one night at a time.
Jingle Ball, More the Merrier Book 1 by Cari Quinn:
This year, rocking the office holiday party has taken on a whole new meaning.
All receptionist Wendy Stanton wants for Christmas is a chance for a relationship with her sexy, dominant boss outside the boardroom. But his secrets—and hot encounters including her other boss—are complications she never expected. 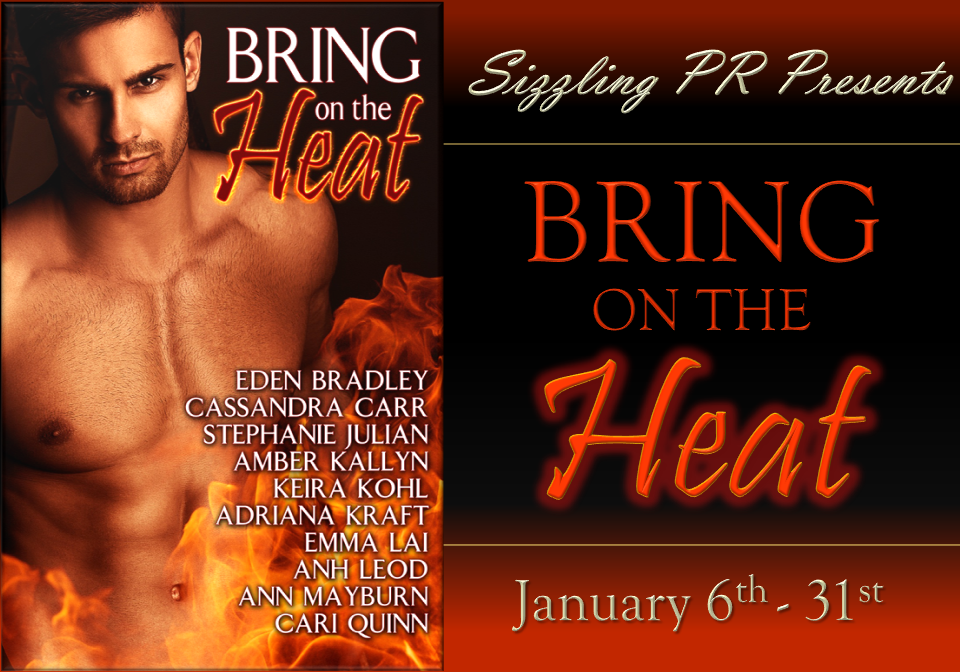