INTERVIEW WITH RAINE MCCORD…
Today I’m meeting Raine McCord at this little pub in downtown
Portland, Oregon called Zaranas. Checking out the notes in front of me, I
mentally review the few bits of information contained in the thin file.
Employee of Taliesin Security, answers to CEO Ryan Mulcahy.  Physical
description: 5’5”, black hair, grey eyes.  Job title: Security Officer.
I tap my fingers on the sticky tabletop. Weird how blithely
ignorant humans could be about what prowled around us, a whole race of “other”
for lack of a better term. All those fairy tales we use to scare little
children, all true.
Even with the requisite high level government clearance, there
was nothing about the few hints I picked up hanging around the less desirable
aspects of the Kyn community. Whispers McCord was part of a highly elite, black
ops type group who kept the truly monstrous Kyn from breaking out into the
light.
Whatever the case, this meeting had my nervous system doing a
jig.  Now I’ve met my share of bad-asses, but something told me this
meeting would be different.
A cold breeze swirls around my jean clad legs.  Portland,
Oregon.  Sheesh.  There’s a damn good reason I spend most of my time
in sunny Phoenix, Arizona.  The dripping discomfort currently glistening
in the gray streets, by the gray buildings, matched the gray everything.
I sighed.  Maybe that wasn’t totally fair, people claimed the few
weeks of spring up here could be downright beautiful.

The chair across from me scrapes across the floor, a high pitch
wail of sound that has me jerking to attention.  The woman currently
flowing into the seat makes my breath catch.
Ooookkkaayy…I may be totally in love and lust with my hubby,
but this woman…she’d make anyone stare.  The strange sensation of
sitting across from a dangerously sexy predator was better than any mesmerizing
spell a witch could cast.
“Jami?”  Her voice was all smoke and mists,
twisting and twining around me. Dark hair pulled back from a sharply angled
face, silvery eyes that I would in no way classify as a simple
“gray”, watches with a disturbing intensity.
“Ms. McCord?” I wish I could sound half that cool and
composed.
A faint twist of lips, probably supposed to be a smile, appear
briefly.  “Raine.”
I nod, a little too frantically.  Pulling myself together,
I clear my throat and try this thing again. “Raine, then.  Thank you
for coming.”
A careless shrug of shoulders.  “Taliesin is always
willing to work with our counterparts in the government.”
Oh, someone was not happy about having to meet with me.
“So basically you’re following orders?”  Can’t believe I asked
that, but I always prefer honesty to game playing.
Another quick quirk of lips.  Guess she likes honesty
too.  “Have to earn a paycheck somehow.”  She settles back,
crosses those boot clad legs at the ankle.
I recognize the movement for what it is, I’ve been with too many
soldiers not too.  A move meant to appease your companion into thinking
you weren’t a threat. Yeah, not happening here. She may make men drool but only
a fool would tangle with her.
“I appreciate the time.”  I decide it’s time to
get this meeting underway.  “So, did Mr. Mulcahy explain why I was
sent?”
She doesn’t answer, her eerie gaze unwavering.  Fine, then.
Pulling teeth from a lion would probably be easier, but I had orders to follow.
“My bosses”, who would remain unnamed, “are
concerned with the possibility of a threat from your community to
ours.”  Arrgh, I so hated talking in vague circles, but all the
security clearance in the world wouldn’t stop the guaranteed panic which would
ensue if our conversation was overheard by the wrong people.  Like anyone
not sitting at this little table.
The slightly amused expression disappeared as a cool
indifference took its place.  “What kind of threat?”
Instead of answering, I push over the small stack of black and
white photos from my nifty little folder.  Pictures speak a thousand
words, a hell of a lot more concisely than I ever could.
The dark green, long sleeve shirt rides up to expose a brief
glimpse of strange scars wrapping around her wrist.  The image makes me
wonder about some other stories I’ve heard.  Also makes me wonder if I
dare to ask.
Long fingers topped with short nails capture the images and drag
them closer.  No change in expression as she examines the horror done to a
couple of young college co-eds.  “You sure it’s not one of
yours?”
I shake my head,  “Not this time.”
She pushes the pictures back over the table. “Why?”
“What was left behind couldn’t have been ours.  One of
yours maybe, so we thought we’d ask if you’d heard anything lately.”
Silence answers.  I wish I could get some insight into what
was going on in her head.  I’ve got a gut feeling she might actually know
something.  Nightmares come in all shapes and sizes, and right now my
bosses want this taken care of before Joe Q Public catches wind of it.
“I’ll ask around.”  She sits up straighter in her
chair.  “Anything else you can give me?”
I shake my head.  Raine gets up to leave and I find words
coming out of my mouth, even though my brain is screaming “Danger, Will
Robinson, danger”.   “Raine, can I ask you something? It
has nothing to do with this. It’s personal.”
Her lean body stills, and the air around us tightens.
“Maybe.”
I force myself to meet those unsettling silvery eyes.
“If I had specific information on a certain entrepreneur and his company,
would you be interested?”
It was like watching a body turn to stone.
“Who?”
My throat aches, and my stomach churnsand cold slices to the
morrow of my bones.  I need someone to take down the monster who haunts my
nightmares, and if my sources were right, the hunter I needed was standing in
front of me.
“Talbot.”  The cold expands, nerves and dread
scraping muscles from bones, leaving weak skin behind.  I pull out a small
flash drive containing the names of men who should have been put down years
ago. I can’t stop my hand from trembling.  The risk was huge, but the
payoff meant I might be able to make it through one night without screaming.
I drop my gaze, unable to maintain eye contact as fear, anger,
helplessness, resentment, a mishmash of every ugly emotion rolls through
me.  I may not be strong enough to stop these human monsters, but here’s
hoping the hunter in front of me could. What was that old saying?  It
takes a monster to hunt one? Sounds good to me.
The flash drive disappears,as does the woman I’ve just sent out
hunting.
“Good luck, Raine.”  I have a sick feeling she’s
going to need it.
BIO/BLURBS/FIND ME/BUY LINKS for JAMI GRAY 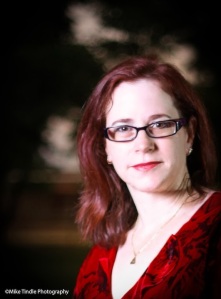 Bio:
Growing up on the
Arizona-Mexico border, Jami Gray was adopted at the age of 14 and suddenly
became the fifth eldest of 37 children. She graduated from Arizona State
University with a Bachelor’s in Journalism and three minors-History, English,
and Theater.  Shortly after marrying her techie-geek hubby (who
moonlighted as her best friend in high school) she completed a Masters in
Organizational Management from University of Phoenix Oregon.
Now, years later,
she’s back in the Southwest where  she’s outnumbered in her own home by
two Star Wars obsessed boys, one Star Wars obsessed husband, and an
overly-friendly, 105-pound male lab.  Writing is what saves her sanity.
Blurb for Shadow’s
Edge:
Everyone fears what hunts in the shadows—especially the
monsters…
It takes a monster to hunt one, and for Raine McCord, forged in
the maelstrom of magic and science, she’s the one for the job. In a world where
the supernatural live in a shadowy existence with the mundane, a series of
disappearances and deaths threatens the secrecy of her kind and indicates
someone knows the monsters are alive and kicking.  Partnering up with the
sexy and tantalizing Gavin Durand proves to be a challenge as dangerous as the prey
she hunts.

When the trail points back to the foundation which warped Raine’s magic as a
child, her torturous past raises its ugly head.  Gavin and Raine sift
through a maze of lies, murder and betrayal to discover not only each other,
but the emerging threat to them and the entire magical community.

Blurb for Shadow’s
Soul:
Some nightmares are born of love…
Raine McCord has no problem taking down the monsters of the world, it’s
one of the reasons she’s so good at her job.
So playing bodyguard to Cheveyo, head Magi of the Northwest, as he
consults with the Southwest Kyn should be an easy assignment. Unfortunately,
simple task turns into a nightmare when Cheveyo is kidnapped and Raine is left
for dead by one of the Kyn’s most feared beings, a Soul Stealer.
The Stealer’s attack leaves lasting wounds, undermining Raine’s
confidence as a warrior and damaging her unruly magic. Her ability to heal her
mind and spirit hinges on the one man who can touch her soul, Gavin
Durand.  Compelled to face the emotions
raging between them, they must embrace not only their stormy relationship but
their evolving magic to escape the twisted threads of murder and betrayal to
find Cheveyo.
As Raine and Gavin come together and begin to unravel the complex web
of secrets and hidden vendettas haunting the Southwest Kyn, they discover
unsettling new truths that threaten their very existence.
Shadow’s Edge: Book 1 of the Kyn Kroniclesand 2102 Shooting Star
winner, Shadow’s Soul: Book 2 of the Kyn Kroniclesare available now in paperback
and ebook format.
You can find me at: