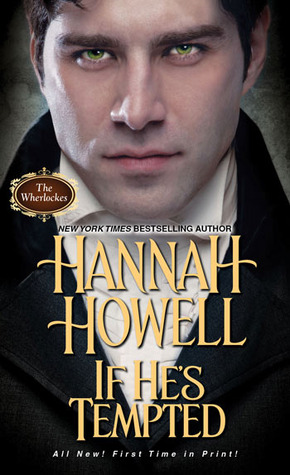 Lady Olympia Wherlocke has the gift of foresight. When Lady Agatha Mallam asks Olympia to locate her brother so he can rescue her from an arranged marriage, she knows exactly where to find Lord Brant Mallam, Earl of Fieldgate. What happens next is something she never envisioned…

Since his betrothed died, Lord Brant Mallam has drowned his sorrow with wine and women. His dissolute ways have only emboldened his calculating mother. But with the help of the enchanting Olympia, he concocts a daring plan to end his mother’s devious designs for his sister. While each step in their bold scheme works to perfection, the sins of the past could unravel a growing desire that neither Olympia or Brant can control…

Review:  The sister of a family friend shows up at The Warren asking for help to stop her betrothal to a lecherous diseased old man. Lady Olympia Wherlocke is outraged at the young woman’s mistreatment. With the Wherlocke men away, Olympia feels it is her duty to help the her escape her plight. After several attempts to contact the Earl of Fieldgate, she makes the drive to his country house to give him a sound scolding and drag him out of his debauchery.

When she arrives, she does indeed find the Earl hiding in his cups. While wallowing in his guilt over a lost love, his hideously evil mother has placed spies in the household. While Brant has been absent from the Ton, his reputation has been destroyed. After outing the traitors, Olympia convinces Brant to return to the city to help save his sister. Afraid he will be turned out by his peers, she offers him a room at The Warren, but he refuses thinking this would ruin her reputation. He quickly finds out that Olympia is his only hope as he is turned away by every person he calls on. Together, they form a plan to save his sister and find themselves in the middle of a child slavery ring…run by his mother.

I enjoyed reading Olympia’s story. When her powers allowed a glimpse of Brant’s lustful ways, her reaction was funny and so like her character. She is the rescuer in this story and I love that about her.  Brant was little hard to fall for in the beginning. At first, I just wanted to kick his rear in gear, although Olympia did a pretty good job of that, but I quickly began to emphatize. I vehemently hated his mother. She is evil and rotten to the core. There must be a special place in H*ll for mothers like her.

The twists and turns make for a quick paced read. Olympia and Brant have no trouble steaming up the pages nor setting aside that attraction when they have to deal with a tense situation. They both have issues in the past that make them leary of commiting to another relationship, but I love the way it works out in the end. Hannah Howell fans won’t want to miss this one. New readers might want to start with previous titles in the series, just to keep from missing any important back story. Either way If He’s Tempted is a gotta read.